New York Imam Finds the Key: Coronavirus Comes from Women Showing Too Much Ankle Amid all the controversy over where the coronavirus comes from (don’t you dare call it the “Chinese Virus,” a la “Spanish Flu,” that would be racist, and to be racist is worse than the virus itself)… 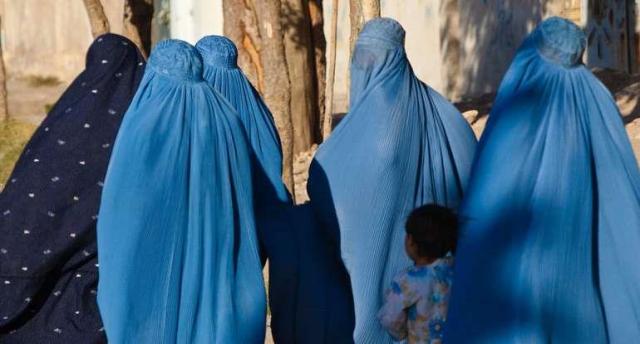 Amid all the controversy over where the coronavirus comes from (don’t you dare call it the “Chinese Virus,” a la “Spanish Flu,” that would be racist, and to be racist is worse than the virus itself) and what should be done about it, a Muslim cleric in Syracuse, NY., has found the key; thousands of people are being infected, many are dying, and America is teetering on the edge of economic collapse because American women are showing too much ankle.

Don’t laugh. Laughing would be “Islamophobic,” and Khadar Bin Muhammad, the imam of the Masjid Bilal Ibn Rabah in Syracuse, is not making a joke. In a video posted on YouTube last week and reposted by the Middle East Media Research Institute (MEMRI), the learned imam explains it all for us. Offering us a revelation that the Center for Disease Control and everyone else who is working on the coronavirus crisis have overlooked, the imam explained that “safety comes through tauhid,” that is, Islam’s concept of monotheism. So if you don’t want to contract the coronavirus, turn to Allah. Khadar Bin Muhammad says: “Every destruction and every harm comes through shirk” – that is, having other gods besides Allah – “and through worshipping other than Allah, believing in other than Allah, and thinking that [anything] other than Allah can harm you or have an effect on you. All harm comes through that. That is why you see the kuffar [infidels] are the scaredest people.”

The infidels aren’t just scared when they should be trusting in Allah. They are also the cause of all the trouble in the first place – specifically infidel women. According to Khadar Bin Muhammad, the coronavirus is a manifestation of Allah’s wrath against their outrageous immodesty. “How many women do we see,” he asked, “may Allah guide them and protect them, who walk around and show their ankles? Is this not part of her awra [private parts]?”

Yes, that’s right. Khadar Bin Muhammad said that women’s ankles were part of her private parts. As strange as it may seem, this is not an eccentric view in Islam. A hadith depicts Muhammad saying to a woman, “‘O Asma’, when a woman reaches the age of menstruation, it does not suit her that she displays her parts of body except this and this,’ and he pointed to her face and hands” (Sunan Abu Dawud 4092).  PJ MEDIA read more

1 Response to New York Imam Finds the Key: Coronavirus Comes from Women Showing Too Much Ankle