Investigating The Sources Of Evil In The World 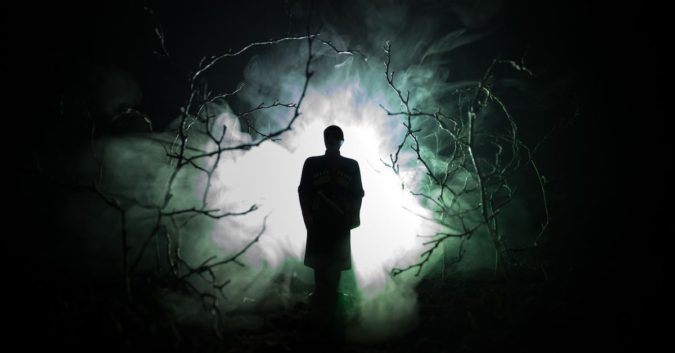 New York Governor Andrew Cuomo, a Catholic who accepts and promotes abortion, says the death toll in his state from the coronavirus pandemic has surpassed “the same evil that we saw on 9/11.” It is also the same evil as abortion. “Make Unborn Babies Great Again” was one of the signs at the March for Life but Cuomo doesn’t seem to care about those victims. In fact, he signed into law a bill allowing babies born alive as a result of a botched abortion to die without medical help. “No public official in America is more pro-abortion than New York Governor Andrew Cuomo,” says Bill Donohue of the Catholic League for Religious and Civil Rights.

Before coronavirus, evil was already all around us. And it will remain with us.

As we celebrate Easter with empty pews and confront the “invisible enemy,” in the form of a virus, there are reportedly six exorcisms being conducted in the Catholic Archdiocese of Washington at the current time. The pagans and secular humanists scoff at such reports. But signs of demonic possession can be measured. They include a colossal amount of strength that is not natural, the ability to speak in languages the possessed don’t know, sometimes in the form of ancient languages the possessed couldn’t possibly learn, and knowledge of unconfessed sins by the possessed person who reveals them to those participating in the exorcism.

An exorcism in Mount Rainier, Maryland, in the Washington, D.C. area,  inspired the book by William Peter Blatty and the film, “The Exorcist.” Blatty also wrote Legion, a book about demons based on Satan’s  proclamation, “My name is Legion, for we are many,” in answer to Jesus’ question, “What is your name?”

Despite Cuomo’s own blindness to the sin of abortion, a modern form of paganistic child sacrifice, the “same evil that we saw on 9/11” is an interesting choice of words that is made more relevant because of the fact that the FBI has still failed to resolve the question of who carried out the post-9/11 anthrax attacks on America. They killed five Americans, poisoned others, and resulted in billions of dollars of economic damage.

For those unfamiliar with FBI incompetence in the anthrax case, consider using some of your stay-at-home time during the economic lockdown to watch the Clint Eastwood movie, “Richard Jewell,” about how the FBI (and the media) framed an innocent man in the 1996 Olympic Park bombing case. The same FBI pattern of deception was employed in the post-9/11 anthrax letters case. The FBI had a “profile” that led them in the wrong direction. Trevor Loudin’s New Zeal Blog read more

1 Response to Investigating The Sources Of Evil In The World