Bernie Sanders Demands That Israel “Lift Its Restrictions on Humanitarian Aid,” But There Are No Such Restrictions

Bernie Sanders Demands That Israel “Lift Its Restrictions on Humanitarian Aid,” But There Are No Such Restrictions 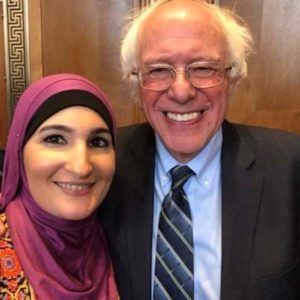 Bernie Sanders tweeted on Sunday about the latest outrage committed by that Oppressive Colonial-Settler State of Israel:

Palestinians in Gaza already faced hardship under a blockade. Now they’re dealing with the coronavirus.

My Senate colleagues and I call on Trump to send U.S. medical relief. And the Israeli government must also lift its restrictions on humanitarian aid.

Sanders mentions the “hardship” caused by the “blockade” imposed on Gaza by Israel. It’s curious that he never mentions the similar blockade of Gaza by Egypt – is he aware of it? — and therefore doesn’t ask the Egyptian government “to lift its restrictions on humanitarian aid.” Nor does he recognize that Israel’s blockade was imposed not out of motiveless malignity, but for understandable reasons of self-defense.

Israel’s is a very partial blockade, designed to make it difficult for Hamas to obtain certain products that can be militarily useful. Cement, for example, can be used in building the walls and ceilings of terror tunnels, or for emplacements for weapons, including the rockets that Hamas and Palestinian Islamic Jihad have been lobbing at Israeli civilians in Sderot by the thousands. The blockade does not apply, as Sanders apparently thinks, to food or medicine or any other kind of humanitarian aid. There was no need for him to demand that Israel “must also lift its restrictions on humanitarian aid.” There is not now, and never has been, an Israeli blockade of humanitarian aid. If in the past there have occasionally been shortages in Gaza of certain medicines, that has nothing to do with Israel. Sanders apparently does not realize that the Palestinian Authority orders, pays for, and receives medicines for the Gazans, and then transfers them to Gaza. The PA has been known to hold back some medicines to express its displeasure with its rival Hamas. For example, in May 2017 the spokesman for Gaza’s Hamas-run health ministry, Ashraf Al-Qidra, said that PA shipments of medicine to Gaza, especially drugs to treat cancer and cystic fibrosis, had dropped 35 percent since late March. Such acts by the PA to “punish” Hamas are strictly an intra-Palestinian affair.

On December 26, 2008, day before the operation began, Israel sent 90 trucks of humanitarian aid supplies to Gaza. Israel worked round the clock with international and private aid organizations, to ensure that the Palestinian civilians were taken care of. During the three weeks of Israel’s operation against Hamas, 1,202 trucks carrying over 29,000 tons of humanitarian aid supplies entered the Gaza Strip through Israel.

At the end of the fighting, Israel sent into Gaza 64 trucks carrying 1,530 tons of humanitarian aid (including basic foodstuffs, medicines and medical supplies, tents and generators) via the Kerem Shalom crossing on just one day. Jan 18, 2009.

That provides some indication of how careful Israel has been to look after the well-being of civilians in Gaza, even in the midst of fighting a war that was thrust upon it by Hamas.

Since Operation Cast Lead then there have been many exchanges of fire between Hamas (and the Palestinian Islamic Jihad) and Israel. At no time has Israel halted, or stinted on, humanitarian aid.

The coronavirus first appeared in Gaza in mid-March, brought by two Palestinians who had just returned from Pakistan, where even now there are still no restrictions on mosques, which have been filed to the brim by fanatical worshippers, certain that the coronavirus will not infect devout Muslims. Israel went into action. It immediately provided a thousand test kits, protective equipment and disinfectant to Gaza, with more to come. It could not provide ventilators because, like every other infected country, it hasn’t nearly enough – in Israel’s case, it began with only 1,437, but after searching all over the world, now has 2,864 ventilators, for what are expected to be 5,000 critically ill coronavirus patients who require artificial respiration. In such a situation, how can Israel be faulted for not being able to send ventilators to Gaza? Neither the U.S., nor the member states of the U.N., have sent ventilators to other countries. Why should Israel be held – by the likes of Bernie Sanders – to a different, impossible standard?

Sanders does not mention the obvious: the American government should pressure the rich Gulf Arabs, which have not been hit hard by the coronavirus, to supply test kits, PPE (Personal Protection Equipment including masks and gowns), and pay for makeshift field hospitals, to Gaza. The Emir of Qatar has in the past sent hundreds of millions of dollars in aid to Gaza – money he was encouraged to send by Israel, which has been fundraising in Doha for the Gazans. That is something Sanders probably doesn’t know about, and if he did, he would make certain to keep it to himself. It doesn’t fit the image of Israel as the Palestinian-tormenting ogre that Sanders and his advisers would have you accept. The Emir of Qatar should be able to pay top dollar for ventilators wherever they are to be found around the world, and send them to Gaza. The Saudis are in the same enviable position – very few coronavirus cases and plenty of money to pay for ventilators. Even though they hate Hamas, which they see correctly as a branch of the Muslim Brotherhood, the Saudis might calculate that sending ventilators to Gaza would be a public relations coup for them, and would undermine the position of Hamas.

Sanders’ complaint about Israel needing to “lift restrictions on humanitarian aid” to Gaza is grotesque. There are no “restrictions on humanitarian aid” by Israel, so there are none to lift. Meanwhile, Israel sends what it can to Gaza – test kits, PPE, and medical equipment (other than ventilators), and has also been urging the Qataris to send more money and, if possible, ventilators to the Gazans. Jihad Watch read more

2 Responses to Bernie Sanders Demands That Israel “Lift Its Restrictions on Humanitarian Aid,” But There Are No Such Restrictions