Source: Tehran warns Israel of ‘crushing response’ to aggression | The Times of Israel

Threat follows reported Israeli airstrikes outside Damascus, and warning from Iran that it could raze Tel Aviv 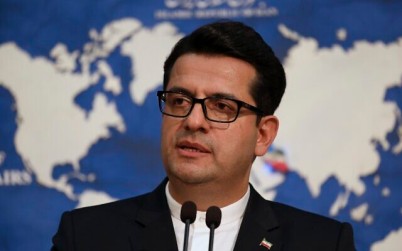 The Islamic Republic will provide a “crushing response” to any Israeli aggression against its regional interests, a senior Iranian official said on Wednesday.

“The Islamic Republic of Iran will give a crushing response that will cause regret to any kind of aggression or stupid action from this regime against our country’s interests in Syria and the region,” Reuters quoted foreign ministry spokesman Abbas Mousavi as saying.

The statement was first published by the semiofficial Mehr news agency.

Over the weekend, a former leader of Iran’s Revolutionary Guards warned that Iran is just looking for an excuse to attack Israel and “raze Tel Aviv to the ground,” blaming Israel for allegedly helping the US kill top commander Qassem Soleimani. warsclerotic read more