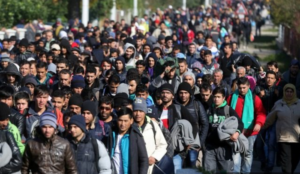 Greece has completely shut down its borders Friday, sending dozens of naval vessels to patrol the Greek islands after Turkey announced it would allow all Syrian migrants to head to Europe.

A government representative, who wished to remain anonymous, told German media that Greece has closed its entire land and sea border with Turkey and will allow no one to cross the border at all, German tabloid Bild reports. Citing sources, the newspaper claimed 50 naval ships — likely predominantly patrol vessels — of the Hellenic Navy supported by helicopters were being sent to the European Union’s external border. Jihad Watch read more