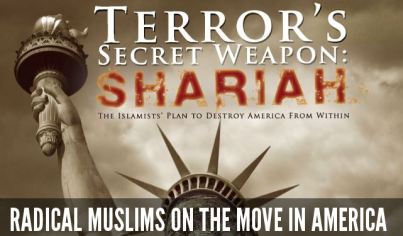 THOSE who are familiar with this site are abundantly aware that it is rife with the ins and outs of Islamic jihad and its bloody knock-on effects. If anything, that’s a vast understatement. But to those who are newly on board, let it be understood: welcome to Allah’s hell-hole ala “prophet” Muhammad’s nightmarish so-called “revelations!”

BUT before we delve any further into another unfolding disaster within America’s midst (and the west in toto), it must be stated, loudly and clearly, and without any apologias:

The fundamental problem of Islam is the belief that God talked to Muhammad and dictated the contents of the Koran to him. Muslims are indoctrinated into believing the Koran is God’s word, and so they act on the numerous incitements to violence that they find in it…..read the rest of the god-awful truth here…..

AS such, it is into this vortex of hell that Islam’s…