You can’t make this stuff up folks.

And once again silence from gay leadership in America who support sharia leaders such as Linda Sarsour and Ilhan Omar. Every time my organization, AFDI created awareness campaigns highlighting Islamic oppression of gays, we were condemned and attacked gay leadership in this country. Scroll here. The sanction of brutal of gays under Islam continues. I spoke at an LGBT event at the RNC decrying the treatment of gays under Islam, and the mainstream media attacked the event with a vengeance.  Gay leadership has condemned me (and my colleagues) who oppose the most brutal, homophobic and extreme ideology on the face of the earth, while stumping for their executioners. They were loud and proud against our ads highlighting the brutal oppression and subjugation of gays under sharia. They were holding press conferences condemning me. Gay organizations in America say nothing about this, but loudly condemned my ad campaign highlighting Muslim oppression of gays under the sharia. That includes the San Francisco Board of Examiners, the Human Rights Commission, SFHRC head transgender Theresa Sparks, but most especially the enemedia. They called our ads hate and issued a resolution condemning our AFDI ad campaign (the first of its kind) against our organization for merely quoting Muslim political leaders, spiritual leaders and cultural voices in the Muslim community who call for the torture and death of gay people.

Kuwaiti therapist merges modern medicine with teachings of Mohammed in one suppository.

Showing samples of the suppositories, she claimed the treatment has been subjected to modern research and testing. 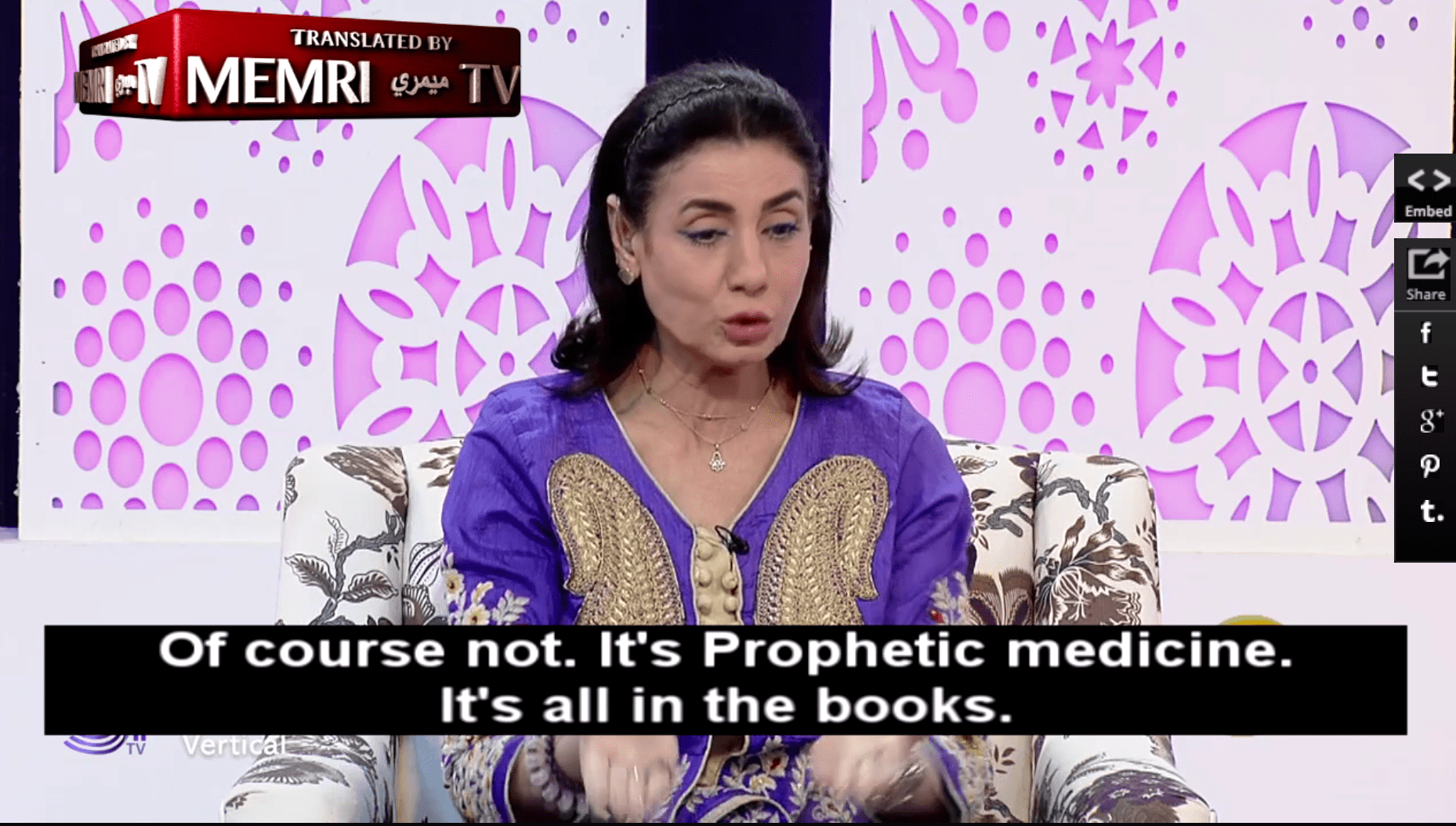 She referred to SSA men as “the third gender” and to “butch lesbians” as the “fourth gender”, saying the new treatment “cures” both.

She also claimed to have developed a balanced diet as part of the treatment that includes plenty of bitter foods and root vegetables, the consumption of which she said increases masculinity in men.

Dr. Al-Sohel was presented as a “Human Development Advisor,” and on social media she identifies as a Reiki Master, and a member of Toastmasters International.

She said she received an honorary doctorate in “Sex Management” from the International Union of Universities in Turkey.