Hillary Clinton had something earlier to say about the Mueller Report.  She might want to reconsider that.  As for her rapist/perverted husband, Bill Clinton, he might want to go into hiding for the next month. 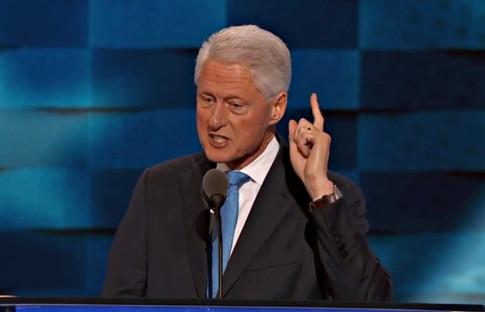 The Clinton-Lewinsky sex story left Clinton open to blackmail at the time. The RUSSIANS had it on tape. It was redacted from the Mueller report to protect Clinton’s privacy. Meanwhile, the Golden Showers story was fake and we all know it. That is the story where Trump allegedly paid prostitutes to pee on a bed Barack Obama had slept on. It’s been debunked, even by the Russians.

The American public knew about this Clinton-Lewinsky affair…