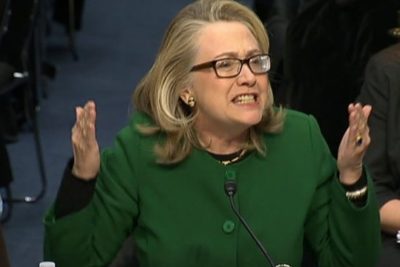 “Easter worshippers”? Why not “chocolate bunny eater”? It’s clear what was happening here. These Democrat leaders don’t want to identify the victims as Christians because they don’t want to identify the perpetrators as Muslims. If they acknowledge that there is a global persecution of Christians, they’re on the way to admitting that Muslims are the one who have massacred countless numbers of Christians, driven hundreds of thousands from their homes, and made Christians the most persecuted religious group on the planet today. But they’ll never do that: they’re in bed with the persecutors. So we get “Easter worshippers.”