The Border Wall: thoughts about Trump’s address and the Democrat rebuttals 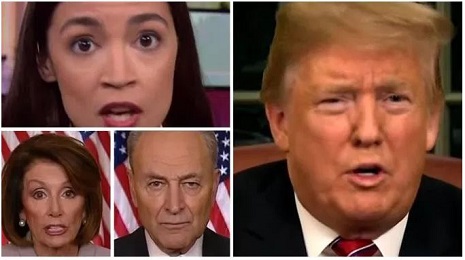 On the border wall, a surprisingly uncharismatic Trump showed he loved America and Americans, while Democrats succeeded only in showing they despise Trump.

Having had some time to think about Trump’s address, as well as the official and unofficial rebuttals, I have a few thoughts, none particularly deep or meaningful. I therefore offer them for what they’re worth:

Trump spoke about the American people. He made it plain that he is working to benefit them, especially those in the front lines of dealing with the harm wrought by people who ought never to have been here in the first place.

Pelosi and Schumer spoke about Trump. Their hatred was manifest and should cause people to wonder whether their working for the good of Americans or simply to import voters, along with attendant drugs and violence.