ROBERT MUELLER, A THEORY OF THE MAN 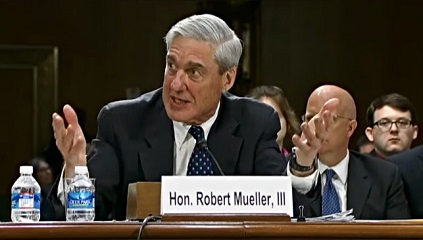 There have always been two theories about Robert Mueller, actually three, which I laid out in a piece a little over a year ago. I still hold that how he sees himself in History may be outcome determinative. (I listed “History” at #8 in that list. )

Using the laws of unified theory, my theory of the man, Robert Mueller, was that he would do nothing, for no amount of money, to cast a black spot on his place in History, including his military service record as a Marine officer.

But patriotism, as our generation saw it, may have little to do with this.

I worship at the altar of the People of the United States as the Founders saw them, you know the riff, “to pursue life, liberty etc., without permission of state” and to be able to manage our governments from the bottom up.

I have many veteran friends…