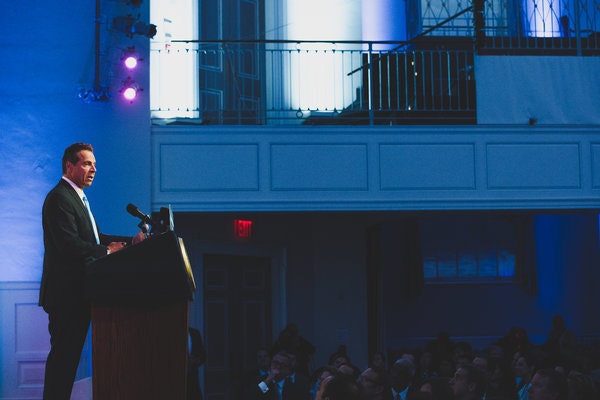 Gov. Andrew Cuomo renewed an executive order banning most appointees from donating to or soliciting donations for the governor who made the appointment. But Mr. Cuomo has continued to accept his appointees’ donations. Credit George Etheredge for The New York Times

In late November, Gov. Andrew M. Cuomo flew to Buffalo for a fund-raising trip, a quick two-stop jaunt that brought in more than $200,000 in donations for his re-election campaign.

The events, one at an Embassy Suites hotel and the other a more intimate gathering at a private residence, were hosted by two men familiar to Mr. Cuomo — and to state government.

One host, Steven J. Weiss, had been appointed by Mr. Cuomo to the New York State Housing Finance Agency in 2011 and the state board of the Roswell Park Cancer Institute in 2016…