What Will the Preachers Do If the Devil is Saved? 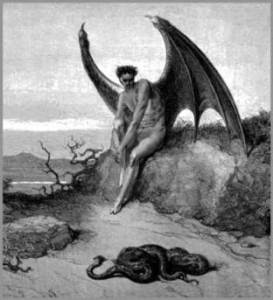 In the cosmology of things, this can never happen, since the contest between Good and Evil is eternal.

But that’s for those of you who read.

And today, many can’t…at least for comprehension.

But a serious caution; there are so many of them now they can be outcome determinative in this national struggle for the soul of America, which, we all agree, is tied to that eternal struggle, mentioned above.

To the extent that almost everyone engaged in this struggle…there are probably fewer “undecideds” standing on the sideline today than at any time in American history since the Civil War…both, think of their side as the “Good” and the other side “the Evil”, the sudden appearance of an army of know-nothings, teenage mutant tadpoles, should not be seen as mere coincidence.

Just as America was not a result of spontaneous combustion, neither was the deployment of this mutant tadpole…