HUSSEIN Obama Prepped The Ground For ISIS’s Rise In Syria, Thwarted (2012) Ops To Derail Civil War. Why? Via Adina Kutnicki

We have for several years posted on Obama’s anti American pro Islam actions and words. Make no mistake there is no major difference between moderate and radical Muslims. They are two poisonous heads on the same snake.

EVERY year that passes allows HUSSEIN Obama to distance himself between his many Middle East wildfires, all of which were – in one way or another – purposefully designed to blow apart the Middle East.

AS this investigative journalist reported through an excerpted analysis in Nov. 2014, ISIS Catapulted Via Libya’s Theater of War; Caliphate Implanted, and on multiple occasions alike:

LEST there be any misunderstandings, if not for the consequences generated from Benghazigate, Sunni Brotherhood jihadists – of which ISIS are part and parcel of, on whose behalf Barack HUSSEIN Obama ordered the largest weapons-running operation in Mid East history – would not be knocking on America’s door, nor Israel’s. Others as well. Nevertheless, as an American-Israeli, both nations are my top priorities. Hands down.

OMINOUSLY, a major outgrowth to Obama’s illegal war in Libya (the main goal of the weapons running was to destabilize Syria for the benefit of Syria’s Brotherhood Mafia) allowed countless man-pads to awash Syria and beyond. In this regard, this is how ISIS got their hands on said weapons and then some.

Islamic State militants stormed a Syrian airbase over the weekend, routing the remaining elements of the country’s army from northern Raqqah province and reportedly seizing a cache of shoulder-fired surface-to-air missiles.

The seizure of Tabqa air base, while not the first installation of its type to fall to militants, highlights the Islamic State’s gains in the region and the group’s continued pilfering of advanced military equipment, particularly the surface-to-air missile systems known as MANPADS, short for Man Portable Air Defense Systems.

Matt Schroeder, a senior researcher at the Switzerland-based research group Small Arms Survey and author of a recent report on MANPADS in Syria, believes that the takeover of Tabqa airbase could mark a “significant proliferation” of the weapons across the region.….continue reading….

BASICALLY, HUSSEIN Obama’s goal is (through setting one fire after another) to rearrange the chess board F/B/O the Muslim Brotherhood Mafia (and its global dominance), the parent which underpins ISIS and the rest of the splintered Sunni front groups! And this is precisely why – despite any “limited” operations against ISIS – he never gave the orders – as Commander-in-Chief – to wipe them out. Period.

AND as a matter of record, similarly, this site noted: 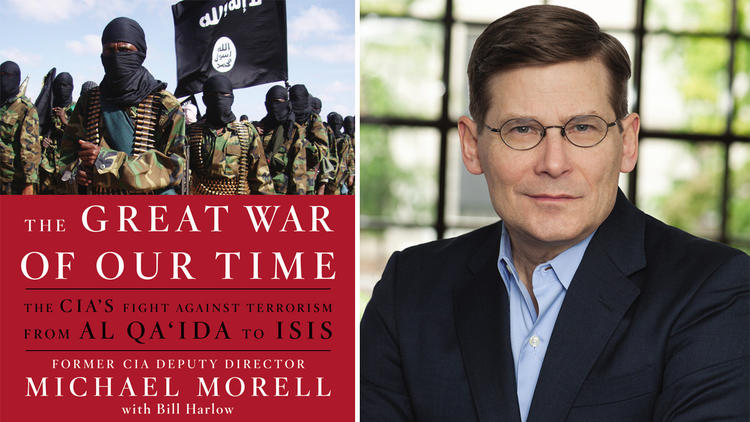 Michael Morell told the House Armed Services Committee that ISIS ”has gained affiliates faster than al-Qaida ever did.” He said 20 countries now have terror affiliates that pledged allegiance to ISIS since last year, up from almost “nothing” last year.

“Let me start with the bottom line. I believe ISIS poses a significant strategic and lethal threat to the United States of America,” said Morell, Fox News reported. “The nature and the significance of the threat posed by ISIS flows from the fact that ISIS is at the same time a terrorist group, a quasi-state, and a revolutionary political movement. We have not faced the likes of it before.”

Morell said he “would not be surprised if we woke up one morning and ISIS in Libya had grabbed a large part of Libyan territory – the same kind of blitzkieg, on a smaller scale, than we saw in Iraq.”

AS we say in Israel in Hebrew: זה ברור….is it clear?

BESIDES, few can seriously argue that the U.S. military, the most fearsome army in the world, doesn’t possess the ability to lay ISIS to waste, and many times over. Come on…nonsense. After all, how could it be that the Nazis were subdued, yet, ISIS is left standing by a military machine which has become much more lethal? The point being, it all comes down to who the perceived enemy is. Hint: It’s not ISIS in particular, nor militant Islamic jihad in general!

BUT to gain a better grip relative to the ins and outs of the outlined treachery, it is mandatory to absorb particular timelines. They are cited below.

TO wit, the questions become: What are the chances that three MAIN fires in the region – catapulting from Egypt, to Libya, to Syria and beyond – weren’t deliberately set? and to whose benefit did said upending(s) accrue?

ALAS, fast forward to DEBKAfile Intelligence’s April 3, 2016 report, and the smoke and mirrors show begins to lift – at least for those who are unfamiliar with this site!

Former CIA officer, Doug Laux revealed in an NBC interview that in 2012, senior CIA officials were pushing a multi-tiered plan to engineer Bashar Assad’s’s ouster.  As the eyes and ears on the ground for the CIA’s Syria task force, he says he spent a year in the Middle East interviewing Syrian rebels and intelligence officers and then wrote an “ops plan.” He was not allowed to describe the plan, but he said that his program “had gained traction” in Washington. “We had come up with 50 good options to facilitate that. But political leadership…hadn’t given us the go-ahead to implement a single one,” said the former CIA officer.

TAKE a minute, and let the CIA officer’s words sink in. Okay.

AGAIN, HUSSEIN Obama’s treachery was revealed this week for public consumption in an NBC interview on April 3, 2016, as to a positive confirmation that not even one out of 50 good options were approved (in 2012) to crush ISIS before it exploded throughout the region and beyond. Now, it bears repeating, as noted in this site’s Nov. 2014 analysis cited above:

LEST there be any misunderstandings, if not for the consequences generated from Benghazigate, Sunni Brotherhood jihadists – of which ISIS are part and parcel of, on whose behalf Barack HUSSEIN Obama ordered the largest weapons-running operation in Mid East history – would not be knocking on America’s door, nor Israel’s. Others as well. Nevertheless, as an American-Israeli, both nations are my top priorities. Hands down.

IN other words, if NOT for HUSSEIN Obama’s purposeful neglect (“hadn’t given us the go-ahead to implement a single one,” said the former CIA officer”), ISIS would be DOA in 2016!!

READERS, it is abundantly clear that the leader of the free world (and surrogates) is responsible for the rise of ISIS, as this investigative journalist established over several years. Yes, on July 7, 2015, he admitted (for whatever reason) as much in the following video link, however, the White House immediately attempted to “walk it back”: https://www.youtube.com/watch?v=1UM1VILYe6Q. Hmm.

REGARDLESS, the fact of the matter is that when it comes to the fast-paced fires in the Middle East, most are at a loss re the (seemingly) bizarre chess moves made by HUSSEIN Obama, all his jive-talk notwithstanding. Read more—>

1 Response to HUSSEIN Obama Prepped The Ground For ISIS’s Rise In Syria, Thwarted (2012) Ops To Derail Civil War. Why? Via Adina Kutnicki