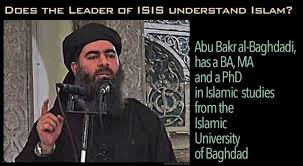 FIRST and foremost, those who still hold out hope that the global ambitions of Allah’s Muslim Terrorists can be “tempered” – in any way, shape, or form – will rue the day. Not only that, future generations will hold said PC fantasists to account, as will history. Mark these words. Moreover, regardless of all their genuflection and prostration, trust, they too will end up in the rubble. Six feet under.

AND if anything is illustrative of said hallucinatory behavior, look no further than to how some mentally besieged folks in Sweden reacted to the carnage in Brussels:

Swedish women are showing their support for Islam by taking selfies in hijabs after the Brussels bombings.

MORE tellingly, Sweden has been deemed the “rape capital of the west” due to the aforementioned barbarians. Thus, what would motivate them to demonstrate any “sympathy” for said religion and culture which breeds them??

ATOP said insanity, the Islamist-in-Chief opined:

In the wake of deadly terror attacks in Brussels, US President Barack Obama stated that it was important to avoid measures that might “stigmatize” Muslims-Americans – but the Republican presidential candidates did not agree.

In his weekly media address, President Obama responded to the double attack in Brussels that left 31 dead and approximately 300 wounded. Two of the dead and 14 of the wounded were American citizens. The Islamic State (ISIS) took responsibility for the attack.

Obama said that targeting Muslims would be “counterproductive”.

“[Muslim-Americans are] our most important partners in the nation’s fight against those who would wage violent jihad. That’s why we have to reject any attempt to stigmatize Muslim-Americans, and their enormous contributions to our country and our way of life,” Obama said. “Such attempts are contrary to our character, to our values, and to our history as a nation built around the idea of religious freedom. It’s also counterproductive.”

“It plays right into the hands of terrorists who want to turn us against one another — who need a reason to recruit more people to their hateful cause,” Obama added.

ALAS, what else can be expected from a POTUS whose allegiances belie a combined force of revolutionary Marxism AND Islamic-centrism?

BUT never mind. It doesn’t excuse Americans (westerners) whose faculties are intact, yet, they still believe his (and others of like-mind, regardless of their high profile bully pulpits) outright lies and historical revisionism….”enormous contributions to our country and our way of life??” Bull sh-t.

THAT being established, in the not too distant future, upcoming attacks will consign its enumerable predecessors akin to the “good ole’ days.” Yup, you read that right.

STILL yet, before we segue to the ultimate act of jihadi-induced barbarism, do recall the shrill alarm bells emitted in Sept. 2015 via “Allah’s soldiers probe U.S. fiber optic cables; California’s electrical grid the “testing” ground:

PATRIOTS, there have been over 14 “probings” (a higher count is more likely, even though not on the radar) within California’s electrical transformer substations, including the severing of fiber optic cables, since 2013. How many are aware of this? In fact, aside from a few notations here and there, this has been a non-story. Why?

NOT only that, California has become their “trial-run” state of choice, and it is not for nothing.

MOST know that the Mexico–United States border runs from Tijuana, Baja California, and Imperial Beach, California, in the west to Matamoros, Tamaulipas, and Brownsville, Texas, in the east. To this end, both states are “hot spots”, in so far as preps for this and that. As is said, location, location, location!

NOW, while Islamists infiltrate into Texas – mostly with the assistance of narco-terrorists – they tend to stay burrowed for future operations. Suffice to say, this assessment has been confirmed by certain counter-terror contacts, those whose boots are actually on the ground in Texas. Elsewhere alike. By the way, there is no point in challenging the burrowing aspect.

ON the other hand, California is a live-wire state, no pun intended. There are several reasons for this, but one stands apart. The fact that a preponderance of Texans (aside from Austin and Dallas, liberal/left bastions) hold their Second Amendment right as sacrosanct, well, it’s a calculating jihadi factor to keep the “cuttings” centered in California…..

YOU see where this is going? In any case, it leads us to the LATEST fiber optic “probing” in California:

The seriousness with which the FBI and AT&T are treating the severing of fiber-optic communications cables in the San Francisco area indicates the sabotage could have been a dry run for a terrorist attack. Read more—>