The US refused to condition ObamaDeal on Iran’s stopping its threat to destroy Israel. State Dept.: “That’s a question for Iran’s leaders.”

via The Jewish Press » » State Dept. Ignores Question on Iran’s Wanting to Wipe Out Israel . 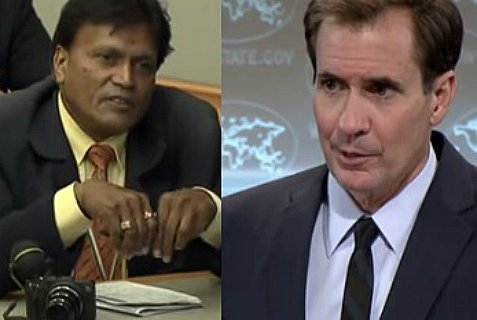 The U.S. State Dept. fumbled a golden opportunity Thursday to ask, beg or insist that Iran stop threatening to wipe Israel off the map.

In the past, Iranian president said that Israel will be wiped off the world map. Are they going to turn back this and – this as far as this renouncing Israeli – Israel’s existence?

Kirby asked, for clarification, “Who going to turn back what?,” and Goyal, as he is called in Washington, asked again, until he was cut…