Iran’s Rafsanjani Reiterates ‘Israel Will Be Wiped Off The Map’

Iran’s Rafsanjani Reiterates ‘Israel Will Be Wiped Off The Map’

Iran’s Expediency Council head says Israel, an “alien presence” will be “wiped off the map” some day.

via The Jewish Press » » Iran’s Rafsanjani Reiterates ‘Israel Will Be Wiped Off The Map’. 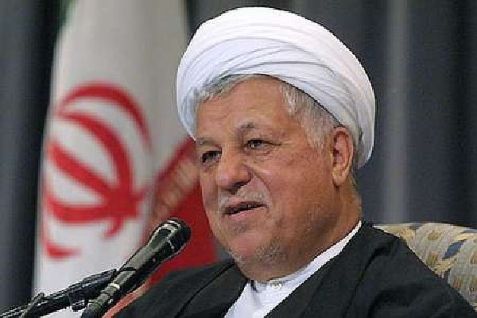 Once again, a top Iranian leader is speaking out and vowing the Jewish State will be obliterated. However, in the meantime the West makes a lot of money by taking advantage of its existence, he says.

“The presence of the Israeli regime is temporary,” Iranian Ayatollah Akbar Hashemi Rafsanjani assured the Hezbollah-linked Al Ahd news website in an interview on Monday.

“Eventually one day this alien forged existence that has been forced into the body of an ancient nation and an historical region will be wiped off the map.”

Rafsanjani is a former ‘centrist’…